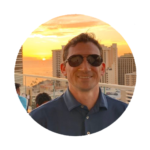 As you may have read on Facebook or heard from me at the recent Kansas City Kickball Open, Kickball365 has been acquired. This is an incredible milestone for Kickball365. I believe in Kickball365 and The Circuit and I am confident in its future, its players, and the incoming team that Tom Rhyne, the new owner of Kickball365, is building to work for the betterment of The Circuit moving forward. I’m incredibly excited about the potential he and his team will unlock for Kickball365 in the years to come.

Most of you don’t remember the “kickball boards” as they were known in May of 2006. Kickball365 started as a message board designed to facilitate an online discussion around the sport of kickball for young professionals. Before Facebook Groups was a thing, the message board quickly became the destination where kickballers would come together to talk.

As I look back to the early days of Kickball365, it is remarkable to see how much we have accomplished as a team and as a community. My vision for Kickball365 was to build a platform that enabled people to make friends and have fun through one-of-a-kind tournament vacation experiences playing competitive adult kickball. This mission statement has not changed over the years. That was our niche and we knew how to drive toward this goal with limited resources.

What we have built is something that I am extremely proud of. Kickball365 is the home for competitive kickball in America. We are where kickballers go to compete. The Circuit, as you know it today, started in 2010 with a series of Circuit Events. Back then we hosted only four events in our inaugural year. In 2011 we increased the number of cities to eight tournaments across the country and introduced the 1st annual Circuit Cup Championship. Today we host tournaments in multiple cities, for both a Co-ed and Women’s Division, and hold some of the largest competitive tournaments held in the country.

Since the beginning, we have always had amazing, passionate players who consistently give us invaluable feedback and helped guide our team’s direction with The Circuit. I want to take this opportunity to thank each and every one of you for putting your trust in the team at Kickball365. For the past nine years, the individuals working behind the scenes and at the HQ Tent have poured their hearts and souls into this company.

Historical Dates that I will always remember:

4,820 days since I launched the “kickball message boards”. In 2005 Facebook hadn’t launched their “Groups” product so the Kickball365 Forum (aka “Kickball Boards”) became the online destination where many of you, typically using a nickname, checked in weekly to read up on the latest National Power Poll by “Lost Sage”, see the latest local league trash talk, or talked about the idea of traveling to a kickball tournament outside of your hometown. For the first couple of years, Kickballers would wear name tags only with their usernames at Meet & Greets.

4,714 days since we were included in a New York Times article. “Hardcore fans who care about the game more than litigation can turn to www.kickball365.com, a giant message board forum, to discuss everything from why they love kickball to rule changes they’d like to see.” (https://www.nytimes.com/2006/09/15/travel/escapes/15kickball.html)

3,973 days ago. On this date, September 25th, 2008, a Forum Member posted a thread worth reading. A very simple question was asked that captured the attention of our community. (https://www.amazon.com/Do-You-Sit-Stand-Reading-ebook/dp/B01LXZ5E06)

2,465 days ago I witnessed eleven (11) innings in the Circuit Cup Championship Game between the MEATBALLS vs OSC. To this day, I still call it the most the most competitive kickball game ever played.

2,198 days ago Kickball365 was highlighted on ESPN’s SportsCenter #Top10 for this epic triple play. #SweepTheLeg (https://www.youtube.com/watch?v=sWsEW_oaa5A)

1,960 days ago Kickball365 was highlighted on ESPN’s SportsCenter #Top10 for this epic triple play #failchestbump (https://www.youtube.com/watch?v=XmuouBFqreg)

953 days since we introduced the Regionalization Rule. While it is still not the most popular policy, it did enable Kickball365 to survive the national consolidation of power roster moves we were observing at the time.

Every Circuit Cup Championship held since 2010.

All those incredible jersey designs. Seriously. Brick and the KickballStuff Team is incredible.

The video editor program pioneered by Tim and supported by the 200+ patrons! (https://www.patreon.com/kickball365)

Kickball365 has been operated by the most passionate kickballers I have ever known – from Shane, Tim, John, Mark, Brick, and many more who have come and gone – the team operating behind the scenes at Kickball365 has always been working for you, the community of passionate kickballers, who want to see this sport evolve into something bigger and better.

Kickball365 is a young company and it will continue to grow under Tom’s leadership in the years to come. It has been a pleasure working and playing with you all!!